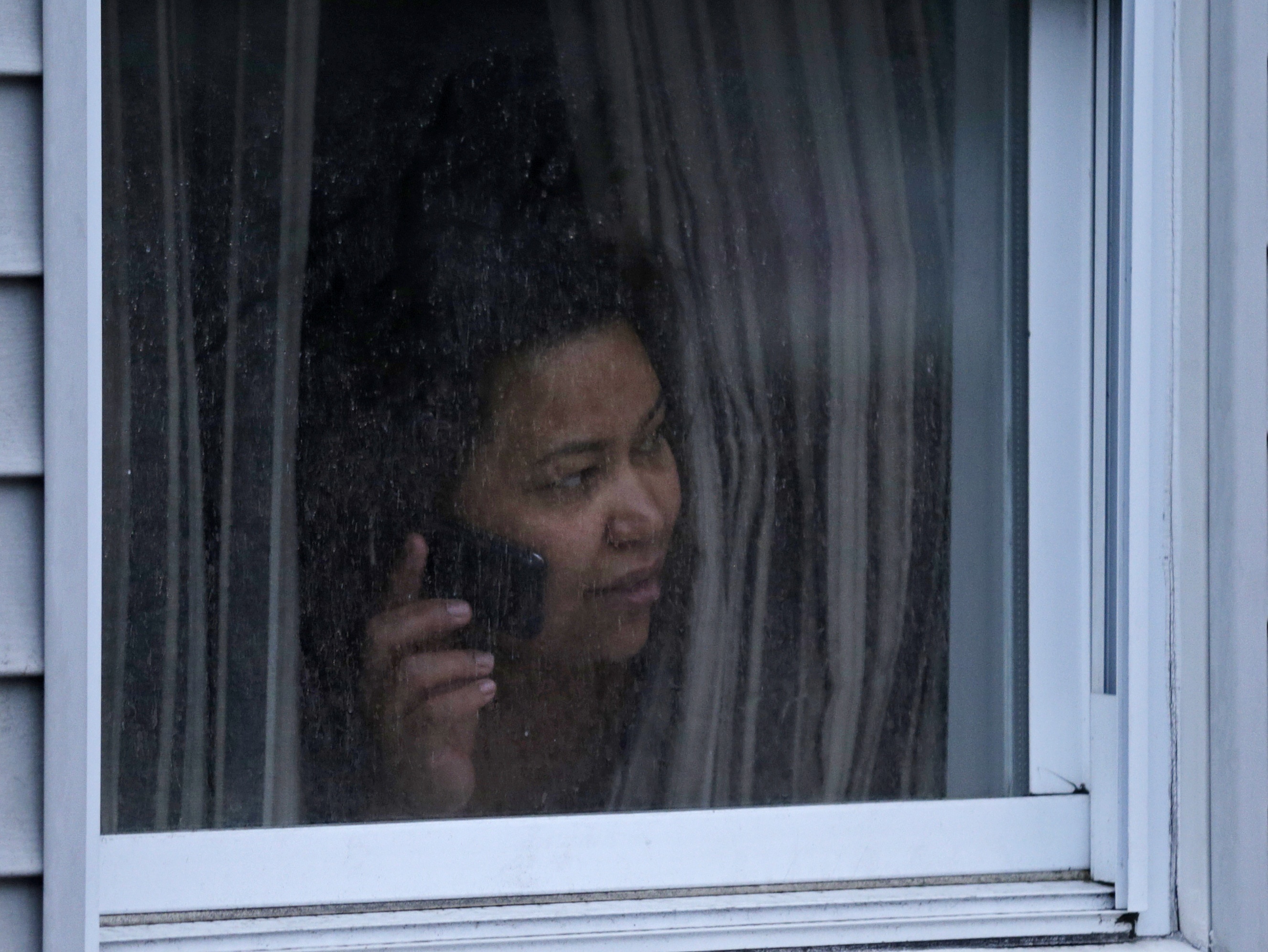 A woman looks out a window at her home as police start to search an apartment building while looking for a suspect in the Boston Marathon bombings in Watertown, Mass., Friday, April 19, 2013. Two suspects in the Boston Marathon bombing killed an MIT police officer, injured a transit officer in a firefight and threw explosive devices at police during their getaway attempt in a long night of violence that left one of them dead and another still at large Friday, authorities said as the manhunt intensified for a young man described as a dangerous terrorist. (AP Photo/Charles Krupa) 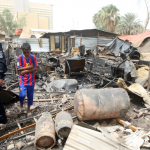